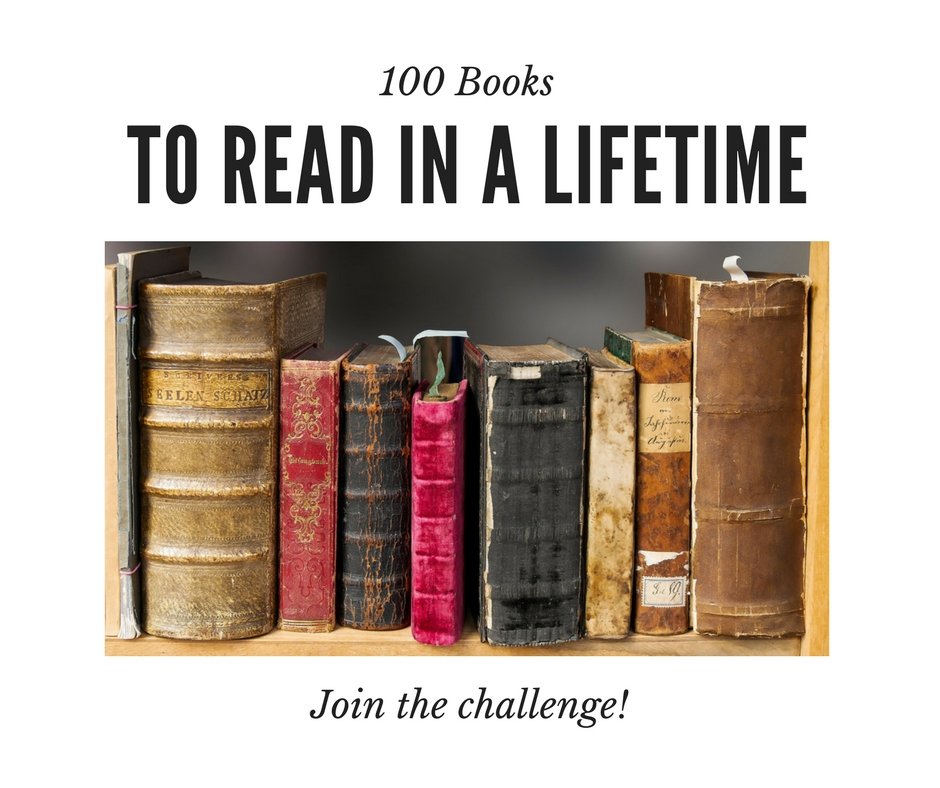 Yep, I’ve decided to take a break from our regularly scheduled organization posting. Ever since I ran across Amazon’s list of 100 books to read in a lifetime I’ve been obsessed. FOMO or whatever you want to call it!

I have loved to read since I was in the third grade and first picked up one of the Little House on the Prairie books. I was young enough to be fascinated by this story from another generation. And not yet old enough to realize that Pa really needed to get his shit together.

I posted on Instagram last week a question about what things were on your bucket lists. One of mine was to make it through the entire list of 100 books. But a journey of a thousand miles begins with a single step.

But with so much on my plate these days I don’t have a lot of time left over for reading. So I decided that I needed to change that pronto and make time for it. Because YOLO, ya know? I think that’s enough acronyms for one post, geez.

And then I thought, why keep something this awesome to myself?

I’m going to make this into a challenge of sorts and open it up to anyone who wants to participate!

I’ve created a discussion board on the site that you can find here:  Discussion Area.

So once you’ve finished one of the books, pop on over and leave a comment letting us know what you thought. Or maybe you have a question or something you’d like to discuss. Invite your friends to join the party! It’s open to everyone. Let’s start a great conversation about great literature.

I like this list because it’s a nice combination of different genres. It’s not overloaded with the classics, although there a few. There is Hemingway and Dickens, but also J.K. Rowling and Stephen King, who are 2 of my favorites.

I also put this list into a printable format so that I can print it and hang it somewhere where I’m going to see it often. The fridge or the office wall would make good candidates. Just sayin’. ? There’s a link at the bottom of the post if you’d like the printable version too.

If you’ve already read some of the books on the list, head on over to the discussion board and start the conversation!

If you have any ideas on how to make this challenge better, drop us a line in the comments. We’d love to hear from you!

This post contains affiliate links. This doesn’t represent an increase in cost for you or any hidden fees. It just means that if you purchase something after you’ve clicked one of my links I’ll receive a small commission. For more information, please see my Disclosure page. Thank you for helping to support this site!

Amazon’s 100 Books to Read in a Lifetime

Previous Post: « 6 Hacks To Creating A New Habit
Next Post: Quick Ways to Transition from Christmas to Winter Decor »