So if you’ve been following lately you know that it’s the 2017 Halloween Decorating Extravaganza around here. (Cue the fireworks and marching band). Over the last few weeks, Alex and I have been slowly adding to our growing collection of Halloween decorations. Although we’ve talked about it for years, this is the year we finally kicked it into gear. It’s been so much fun. Halloween is really the holiday where anything goes. A fake eyeball floating in a blood-soaked punch glass on a saucer? Sure, why not? A full-sized poseable pirate skeleton? You betcha and a bonus point for the skeleton parrot on the shoulder. How about some DIY gravestones where we put some long-standing inside jokes to rest in peace? I’ll take 2, please.

It’s so cool to watch people driving or walking down the street do a double-take when they pass by and then slowly check everything out. And if the neighborhood association ever decides to start a Halloween decorating contest, we’re in. Being the Type-A person that I am, even as we’re putting everything together this year, I’m thinking ahead to next year. Sigh, the struggle is real. My Pinterest Halloween board will probably be overflowing with new ideas by then.

But enough chit-chat, let’s get on with the show! I love this little guy, er, eye. It’s motion and sound activated. Once it opens it’ll give you one of 3 sayings. Not gonna lie, I’ve scared the crap out of myself a time or two already because I forgot about it. And yep, that’s my bloody cup I made.  Eye see you…. 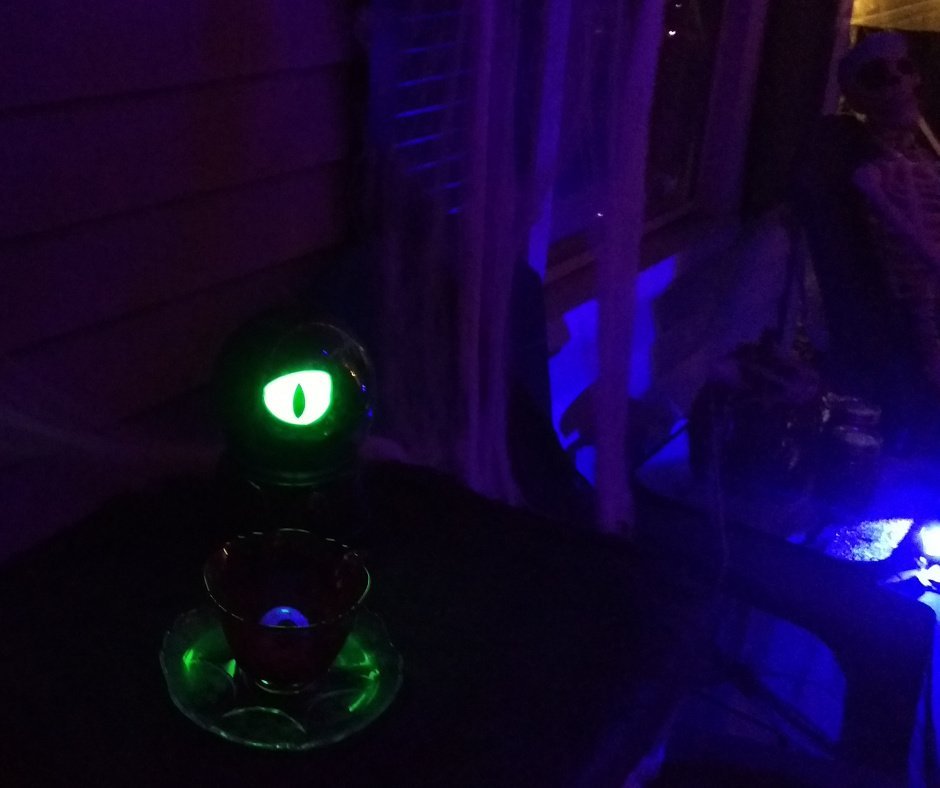 Aaarggh. Ahoy mateys. Shiver me timbers. OK, that’s all the pirate lingo I can think of right now but you get the idea. Let me introduce you to One Eyed Willy. He keeps an eye out (see what I did there?) and makes sure no pesky kids show up with a treasure map and try to steal our gold. Hands off me booty, know what I mean? And Cecil the Parrot keeps watch from Willy’s shoulder too. Willy, Cecil, and I may or may not have spent a night watching TV together on the couch before he moved to his spot on the porch. Maybe. 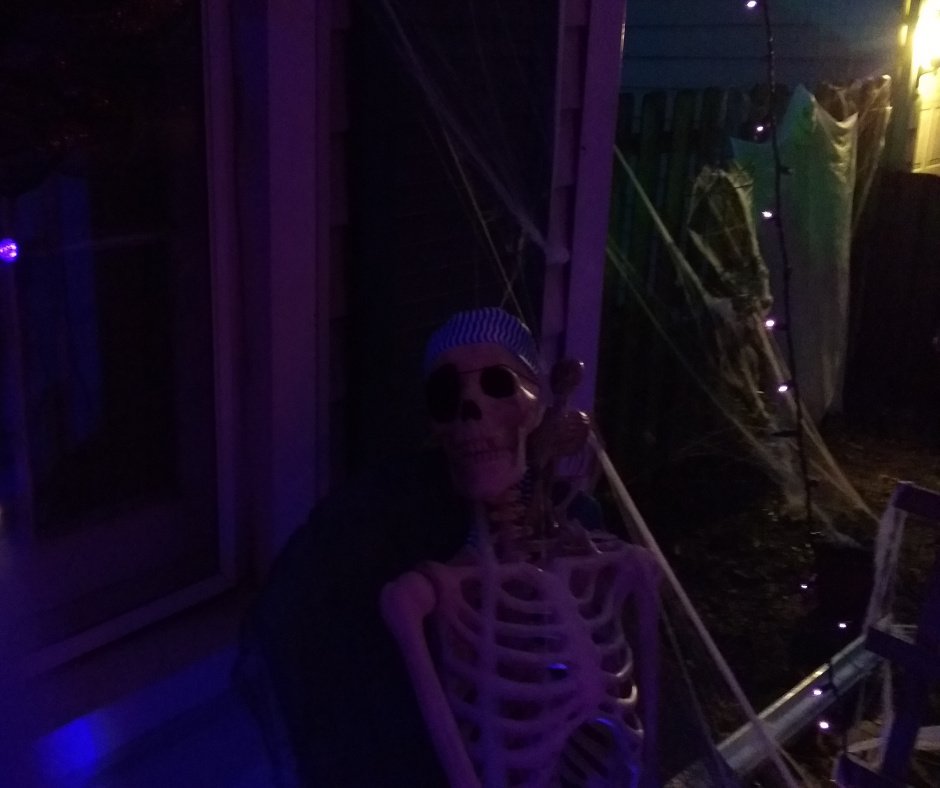 Last time we checked in, the graveyard was coming along nicely. We (and by we I mean Alex) finished the sign and the 2 tombstones we made this year. She also found that ghost to hang on the fence behind the graveyard. When it’s a little windy, that thing blows around and it looks creepy as heck. 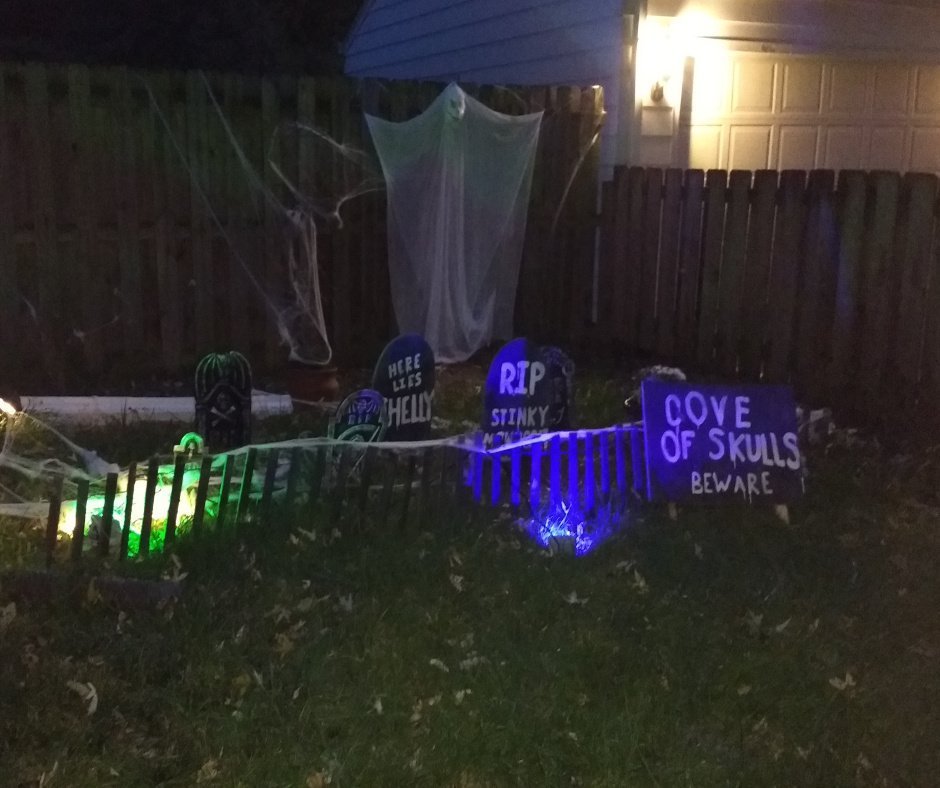 Here’s a closer look at the tombstones. And yes. It does, in fact, say RIP Stinky McNugget. And poor Shelly. Those are inside jokes Alex and I have had for many years. Let’s just say at one point we thought we might need aliases some day in case we ever went on the run. Yeah… 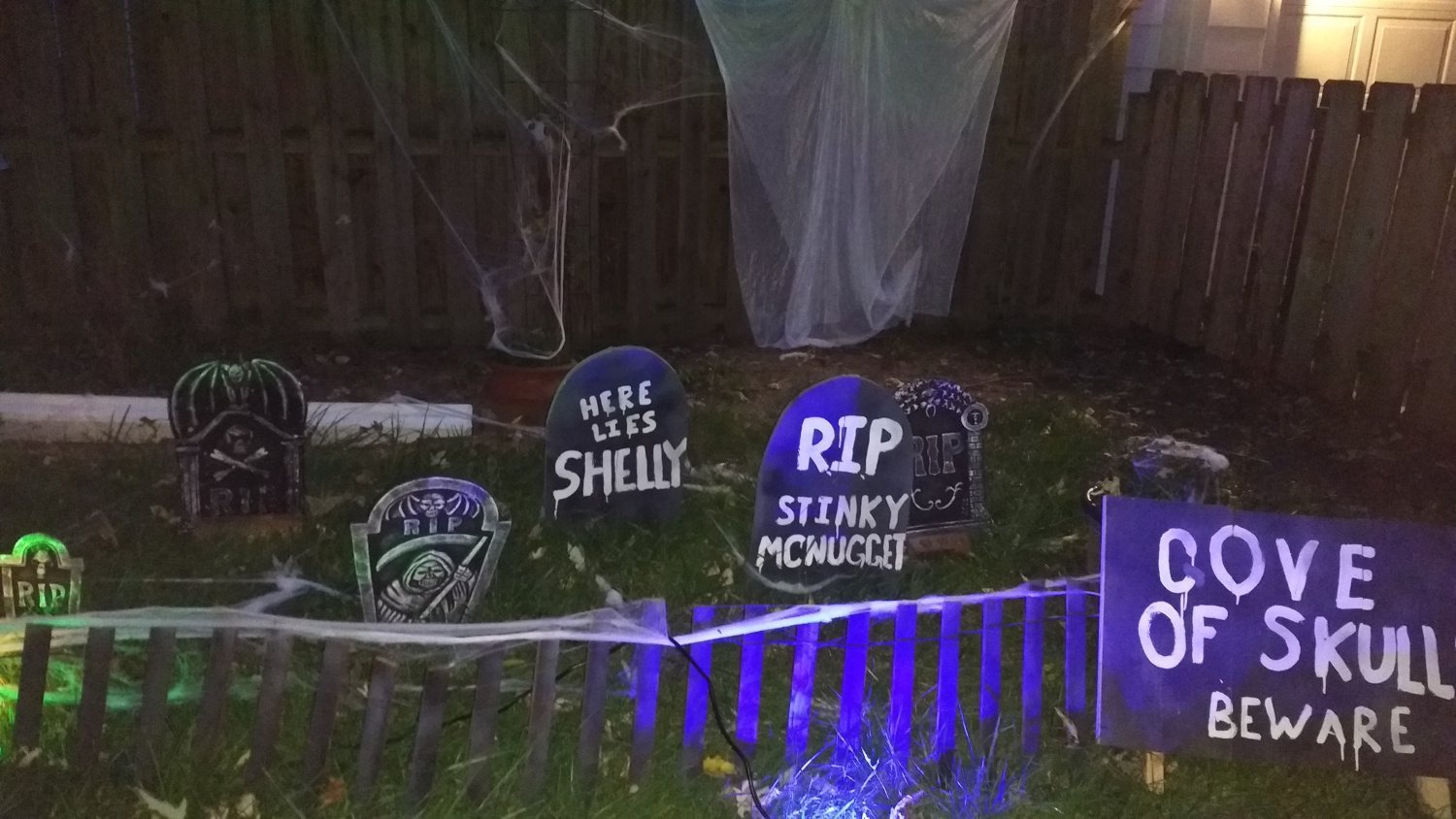 Here’s sort of how it looks from the street. One day I’m going to look back on these grainy pictures and laugh at my feeble photography skills. I hope. The pumpkins over the landscape lights are a project Aislynn and I did together. They were $1 plastic pumpkins from Walmart. We picked one of every color they had. Then I cut a hole in the bottom of them big enough to fit over the light. She put them on all of the lights so of course she told her mom they were “hers”. No mention of the claw hand I had after cutting through 8 plastic pumpkins. Kids. 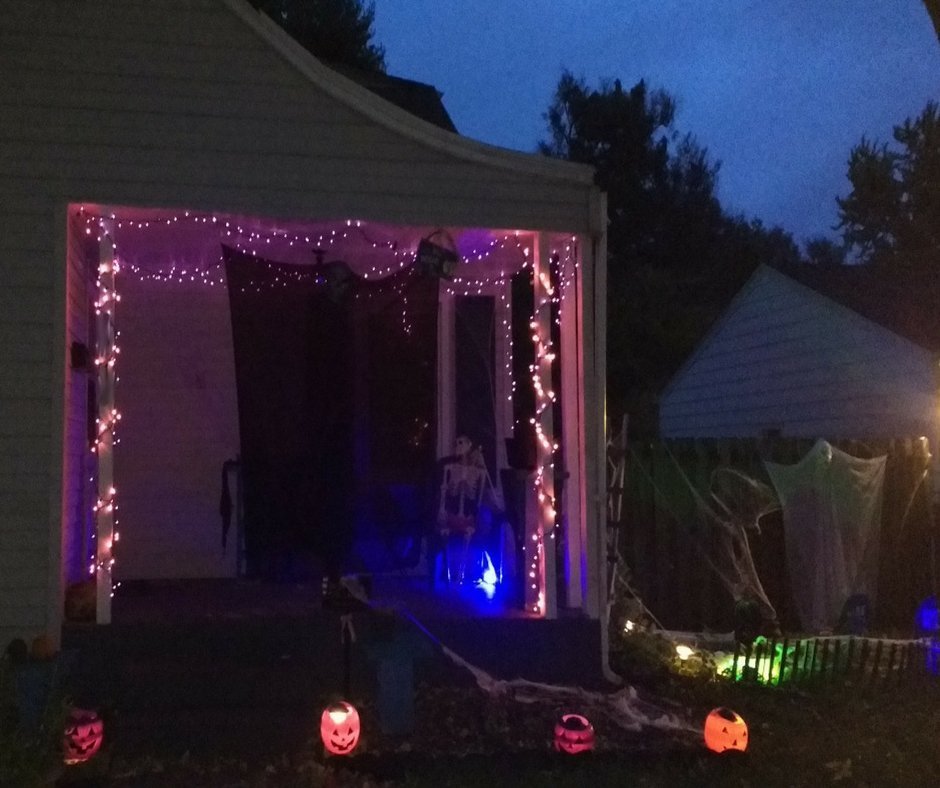 If I said this was the final version I’d be lying. I have a couple more things left to do. I’m doing a creepy display in the bay window that’s just to the left of the porch. And there’s fog in the forecast kids. Stay tuned. 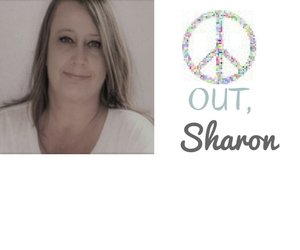 Previous Post: « Meal Planning 101 – What’s for Dinner?
Next Post: 15 Halloween Movies To Get You in the Mood »