You are here: Home / Life & Home / Food / Freezer Cooking: I Didn’t Know I Could Freeze THAT!

I always get the urge to cook up a bunch of food in the winter. And I’m not the only one who feels this way apparently! My most popular pins on Pinterest recently have been about freezer cooking, freezing food, and what can you freeze. I get it, I really do. Freezing meals takes the pain and frustration out of meal planning.

And it’s something even the kids can be involved in. 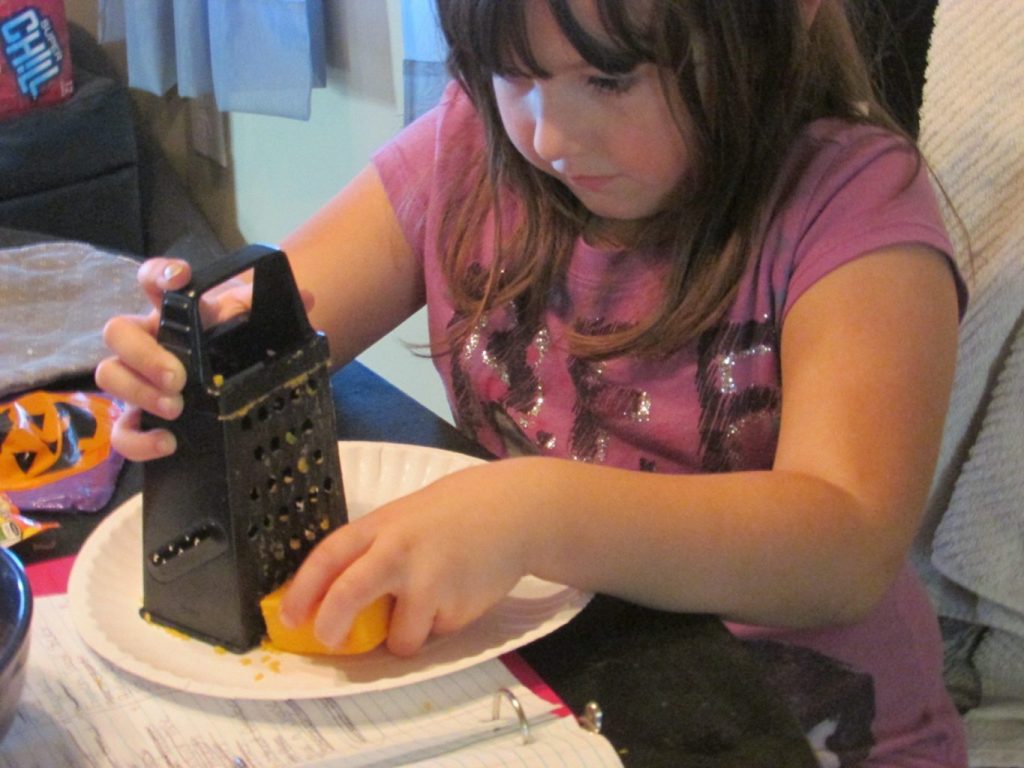 In my first freezer cooking post, I mentioned that some things freeze better than others. But there are also things you can freeze that you probably didn’t even realize could be frozen! Like bananas! And avocados! And milk!

I love bananas. They’re great to grab for a quick snack or for an easy breakfast, either by themselves or in a smoothie. But sometimes I just don’t want any more bananas, even though I have a few of them left. Luckily, bananas can be frozen. You can slice them, lay them flat on a[amazon_textlink asin=’B01AGQ027S’ text=’ baking sheet’ template=’ProductLink’ store=’sjnelch-20′ marketplace=’US’ link_id=’48e7be50-1401-11e8-bee3-1ddf8d8e28c2′], freeze them and then store in an airtight container. For easy clean up use these [amazon_textlink asin=’B01HOJ2V06′ text=’baking mats’ template=’ProductLink’ store=’sjnelch-20′ marketplace=’US’ link_id=’82d6fbb5-1401-11e8-8ee0-5571a2e39885′]. Or you can freeze them whole and still in the peel. This method works best if you plan to mash them once they’re thawed. Even though it’s a little more work, I prefer slicing them and then freezing them because I can grab the exact amount I need. If I freeze the whole banana, I have to use the whole banana because it will not refreeze.

Avocados are one of nature’s superfoods. Or maybe they’re not, but they definitely should be. Avocados can be used in a variety of surprising ways but they don’t last forever in the fridge. You can freeze avocados by either slicing them in half (remove the pit!) and then coating each half with either lemon or lime juice. Or you could dice them first but you sill need to coat them with lemon or lime juice to prevent the yucky browning. Thawed avocados have a different texture than fresh, so it’s better to use them in something like guacamole or another kind of dip. This [amazon_textlink asin=’B077JKXVC8′ text=’5-in-1 tool’ template=’ProductLink’ store=’sjnelch-20′ marketplace=’US’ link_id=’2e2ef6ef-1402-11e8-8173-3713f51e60b9′] helps you pit, slice, mash or scoop your avocado with ease.

Cheddar, mozzarella, and parmesan cheese tend to freeze better than softer cheese. You can get great deals on cheese at stores like Costco and Sam’s Club. Although you can freeze cheese in blocks, I think the better option is to grate it first. Or if you bought the bags of shredded cheese, just toss them in the freezer like that. Again, the benefit to freezing in smaller quantities is that you can grab the amount you need which reduces food waste. If your household is big on cheese, invest in a [amazon_textlink asin=’B072XD6WVL’ text=’rotary grater’ template=’ProductLink’ store=’sjnelch-20′ marketplace=’US’ link_id=’b0bebc1c-1402-11e8-98c3-61b9ee2cc7b7′] to save time and your knuckles! I can’t tell you how many times I’ve scraped my knuckles while trying to grate something with a handheld grater.

I don’t know why but it took me a long time to wrap my head around the fact that you can freeze milk. I guess I always thought it would taste funny once it thawed. That is so not the case though! Our milk prices have fluctuated a lot here recently, from as low as 98 cents a gallon to almost $3 a gallon! Since it’s hard to predict how long the lower price will last, you almost have to buy way more than you need. You can either pour the milk into another [amazon_textlink asin=’B01KIMMK52′ text=’ freezer-friendly container’ template=’ProductLink’ store=’sjnelch-20′ marketplace=’US’ link_id=’31f6910f-1403-11e8-8b42-63f93acc816f’] or use the container it came in. Either way, you must pour off some of the milk before you freeze it because it will expand.

Whenever I buy fresh herbs to use in a recipe I always have some left over. But it’s so easy to freeze them! Dice them and freeze them in [amazon_textlink asin=’B00PGYIK0C’ text=’ice cubes trays’ template=’ProductLink’ store=’sjnelch-20′ marketplace=’US’ link_id=’72ede226-1403-11e8-9cf5-75d674753db3′] with a little water on top. Then you can just pop out however many “cubes” you need for your recipe. I am determined to grow a decent herb garden this year so this trick is going to come in handy this summer.

I love learning new things! One of my favorite things I recently learned was that eggs can be frozen! Not in the shell, obviously. I mean, you can’t throw a carton of eggs in the freezer or anything. They need to be slightly beaten, only enough to mix the whites and yolks. Then you can put them in individual bags to freeze. They thaw really quickly and are ready to use in a quick scramble or in baked goods. I eat a lot of eggs because they’re easy and versatile. 2 of my favorite characteristics in food. And men. Wait, what?

When I was growing up my mom always kept the flour in the freezer “to keep the bugs out”. Those bugs are actually weevils and unlike some of my mom’s worries, they are actually a real thing. Baking items like flour often go on super sale around the holidays. Stock up and put the flour in a [amazon_textlink asin=’B01KIMMK52′ text=’ freezer-friendly container’ template=’ProductLink’ store=’sjnelch-20′ marketplace=’US’ link_id=’31f6910f-1403-11e8-8b42-63f93acc816f’] or in the package it came in. The best part? Besides no bugs, that is? No thawing or defrosting is required!

I love this idea! In my experience, fully cooked pasta in sauce that’s been frozen is usually mushy and…texturally unpleasant. But if you cook the pasta by itself and then freeze it, it’s so much better! When you’re ready to use it, just put it in the microwave or in a small saucepan with some water and heat. And here’s another food that can be frozen in smaller quantities so you can use only the amount you need.

I moved out of an apartment once and found a bag of walnuts that had been expired for 4 years. I’d only been in the apartment for a year so that meant I’d packed an expired bag of walnuts and brought it with me from the previous apartment. True story. I’d have been much better off if I’d put the walnuts in the freezer 4 years before that.

If you have nuts around but don’t use them very often in your dishes or baked goods, store them in an airtight container and freeze them. It doesn’t take too long to thaw them and it’ll save you the shame of experiencing Nutgate like I did.

You might not think of freezing take and bake pizza, since, well, it’s take–and-bake. But actually, it works the same as with regular frozen pizza. Wal-Mart has really good take-and-bake pizza and it’s like 9 bucks for a huge pizza. Ditto for Aldi’s and it’s about the same price. We have Papa Murphy’s here and it’s even cheaper than that if you have a coupon. Next time, pick an extra pizza up and throw it in the freezer. If there’s a night you don’t feel like cooking, pull it out and pop it in the oven!

The amount of money you can save by freezing food is really amazing. I’m not going to say there isn’t anything that can’t be frozen, but with some research and trial and error, there are a lot more things than you think. The next time you’re at Costco or Sam’s, or there’s a really great sale on something you use, try freezing it!

Most importantly, your food will just freeze better if it’s been vacuum sealed. You can try to squeeze as much air out possible from Ziploc bags. But no matter how hard you try, you’re going to leave way more air than you realize. And it’s time-consuming. A roll of vacuum seal is going to go a lot farther than a bag of baggies and your food will taste better when you thaw it out.